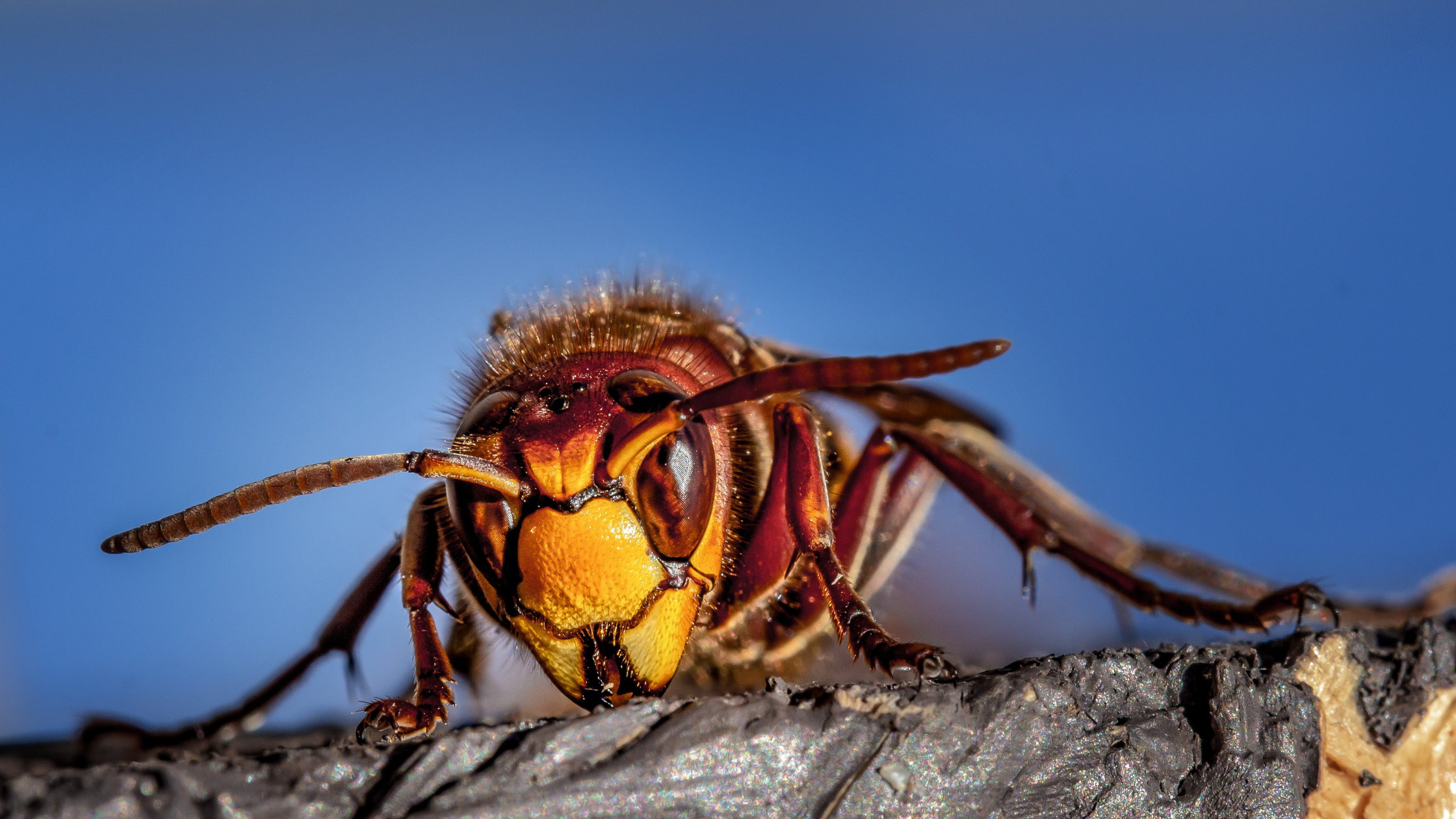 Hornets resemble yellow jackets, but they are larger, and part of the Vespa genus of wasps. They are around 1.25” in length. They live in colonies, mostly only through spring and summer, except queens which overwinter to continue the population for the next season. There are 20 species of hornets; and they exist in North America, Asia, Europe and Africa. If you’re wondering what attracts hornets to your property, below you will find information about their life span, nesting, and feeding habits.

As winter approaches, the population abandons the nest and dies off, while the nest’s queen begins to produce new queens and fertile males, which seek out shelter to overwinter. Often times this is in the walls of heated homes, or under tree bark. In the spring, those new queens emerge and begin to reproduce sterile males. The male offspring become the workers in the colony, while the queen continues to reproduce more female workers throughout spring and summer. They grow their nest throughout the summer, and the queen again births new queens as well as fertile males, for the cycle of life to start over again in the fall.

Similar to yellowjackets, hornets build their nests out of chewed wood mixed with their saliva. Males build the nests, while the female reproduces. If left untouched, the nest continues to grow throughout the summer. You will often find a hornet's nest in trees, on eaves on homes, and other covered areas. Hornets' nests vary in size, but they can be as large as basketballs! A colony will only live in the nest for one season, and the new queens will create a new nest the following spring.

Hornets aren’t naturally aggressive, but they are very territorial. The workers have painful stingers that they use to protect the nest. Some people can be highly allergic to the venom in their stinger, but most people just feel serious pain. Unlike honeybees, hornets can sting multiple times in a row, and will do so if they feel threatened.

Hornets prefer sugary and sweet foods, and often feed on saps and nectars from trees, or from open pop cans or fruit. They are also predators and will bring insects, like flies and bees, back to their nests to feed to larvae.

Get a Quote for Hornet Extermination Today!

If you’re seeing hornets around your home, then trust the experts at Spidexx for hornet nest removal. Our experienced technicians are trained in hornet nest identification. We provide a thorough inspection and remove and treat any signs of nesting from your property.